Conquer Your Aviophobia: The Fear Of Flying

Flying has become the go-to form of transport, whether trotting across the globe or relocating within the same country. Thanks to an excellent safety record and cheap fares, the demand for commercial aircraft seats is growing. Despite the surge in demand, the International Civil Aviation Organisation has found that 40% of surveyed adults have a fear of flying. This fear is also called aviophobia.

What Exactly Is Aviophobia?

Aviophobia, also known to some as aerophobia, is a fear of flying that is so prevalent that those who suffer from it will do everything they can to never step on an aircraft. If they do have to go on a flight, they can experience panic attacks and anxiety. Aviophobia appears to be a fear of flying, but it also comes about through other psychological conditions. These are:

Most or all of us are afraid of heights – or afraid of falling from them – but some of us have that fear to a debilitating degree. Acrophobia is when our fear of heights is excessive and prevents us from doing a number of things. One of those things is getting on a plane. People with acrophobia are not likely to fly without good reason and the thought of flying can send them into a severe panic.

This condition is when an individual has a fear of small and confined spaces with no perceived room for escape. When someone experiences claustrophobia they may have shortness of breath and other panic-like symptoms. It is crucial to remember that it is not just a small space that causes these feelings, but rather any space which feels restricted or confined.

The relationship between claustrophobia and flying is easy to spot. People may feel restricted in many instances of flying, from airport terminals, queues and on the aircraft itself.

Enochlophobia is another disorder that could arise when flying. It is a fear of crowds and the consequences of them such as struggling to be heard or that their personal space is going to be invaded. If this is the real underlying fear that contributes to a perceived fear of flying, the only way to avoid crowds would be to avoid commercial airlines and use chartered airlines, which is not an option for everyone.

Agoraphobia is similar but not the same as Enochlophobia. It is another phobia but in this instance, it is the phobia of environments where the person does not have any control, such as on a subway or in a large shopping mall. Flying is another one of these situations and can also be triggered from the airport terminal to the plane. It can result in anxiety and panic attacks.

What Do the Phobia Experts Say?

Author of The Worry Trick and Panic Attacks Workbook, David Carbonell, is a psychologist who specializes in phobias and fears. He has stated that most people who are afraid of flying do recognize that their fear is exaggerated. However, these people try extremely hard to empty their minds and reduce their anxiety that they become even more afraid. Their techniques are counterproductive.

Other people may have never had a problem with flying but an incident or experience changes their thinking and causes them to become afraid of flying. Examples include flying to see an ill relative or flying because they have become weaker themselves. Flying transforms from an easy experience to something that may be worried about or uncomfortable.

Some people with aviophobia will even refuse to go near an airport terminal, let alone get on a plane. One leading doctor has stated that these people are trying to distract themselves rather than process their experiences. When these people affirm the dangers of flying in this way, they allow their phobia to materialize.

Are There Any Aviophobia Treatment? 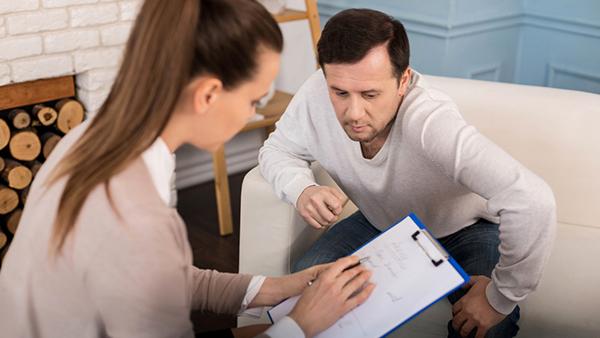 Treating aviophobia is important because it can prevent you from enjoying vacation time with friends and family, and not being able to fly may even harm your career if you reject to meet clients or carry out assignments overseas. The good news is there are ways that you can overcome aviophobia and mitigate its effects on you. Here are some of the best:

Robert Bor and Matthew price, a psychiatric consultant and pilot in the US Air Force and a clinical psychologist working at the University of Vermont respectively, agree that the most effective way to combat aviophobia is to control your exposure to flying.

The mainstream method of controlled exposure to flying involves the sufferer to expose themselves to the different stages of the flying process in stages. For example, one day them may experience the airport terminal and in time they may look around an aircraft. This is usually done with the assistance of a qualified therapist.

This can now be achieved with flight simulators as well. Some augmented reality simulators will allow you to experience every aspect of the flying process from crowded terminals to flying itself. This is one of the most innovative ways to implement controlled exposure techniques. There is more on other tech advancements shortly!

Whichever method a sufferer chooses, they should undertake controlled exposure with the help and support of a certified professional who understands the process needed to overcome a fear of flying.

Augmented reality simulators are not the only developments in tech that can help people who are scared of flying. Alec Gervash is an EASA and FAA commercial pilot who also holds a psychology degree. He has created a new app by the name of SkyGuru, which can be used to help people with flying fears.

He had the realization that those that have to fly despite their fears will experience the flight better if they had an expert on hand to explain what is happening during the flight, providing them a personal level of reassurance. This app does that and will explain turbulence, weather conditions and more. Here is how SkyGuru works in two simple steps:

SkyGuru is already available on your app store and just like a therapist or pilot sitting with you – just a much more cost-effective option.

Some people with a fear of flying will speak with their general practitioner and ask for prescribed medications to help their experiences be less traumatic. Any medicine that your doctor gives you is to be used as a short-term solution to that particular problem.

Remember that what your doctor prescribes will not be a cure for your fear of flying, these medicines may only reduce the severity of your symptoms when flying. You should never self-medicate to cope with flying.

Anxiety therapies are another way of getting professional help to conquer your fear. There are different types of anxiety therapies available to choose from, including cognitive behavioral therapy, hypnotherapy and psychotherapy.

Mr. Carbonell who was referred to earlier offers a treatment plan to get sufferers to first accept their fear of flying and then implement coping mechanisms. The plan makes the most of breathing exercises journaling when on a flight and desensitization methods. His groups are known for taking flight together to go through the process as a supportive group. The flight is not there to make them afraid but as a way to help them accept their fear. He states that the fear can only be mitigated when they experience flying for real.

No matter which type of coaching or therapy that you settle on, it is important that you follow all the rules of your program when flying. From reading materials to breathing exercises and any other techniques learned during therapies, make sure they are all implemented.

Are There Any Natural Remedies?

Breathing exercises may be given to you by a professional, but they can also be considered a natural remedy for aviophobia. There are plenty of breathing exercises ready for download, which you can listen to on your flight and put into practice.

Food and drinks which contain high levels of sugar must be avoided. The sugar in these products will increase your energy levels and make anxiety even worse. Alcohol has sometimes been recommended to ‘take the edge off’ but alcohol can have the same effect as sugary foods and drinks – once the effects wear off.

What About Chartering a Private Plane? 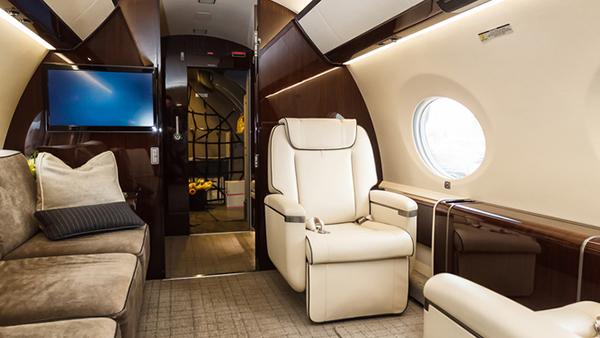 Not everyone can afford to fly by private jet, but chartering a plane could be another way of reducing the symptoms experienced when flying with aviophobia due to the additional comfort and seamless experience. Chartering a private jet means:

No comments for “How to get over a fear of flying?”