Our Answer to Some of the Most Common Airline FAQs

What can I take on an airplane?

Answer: In its role as the organization responsible for US airport security, the TSA or Transportation Security Administration has outlined rules regarding what you can carry on a plane. You need to understand and follow these, or you could be delayed at airport security. It’s also crucial you know what you can take on a plane in your carry-on bags and in your checked luggage. To that end, this list will be the items you can take in your carry-on bags.

The most common question people have about air travel is whether they can take liquids on a plane. As you may or may not know, new rules were established. Therefore, you can take aerosols, gels and liquids in your carry-on luggage as long as it adheres to the 3-1-1 rule. That is aerosols, gels and liquids should be stored in containers measuring 3.4oz or smaller and that those containers should be kept inside quart-sized clear plastic zip lock bags. You are only allowed one bag like this per traveler. It should be easy to access so you can place it in the special security bin when your carry-on luggage is being checked. 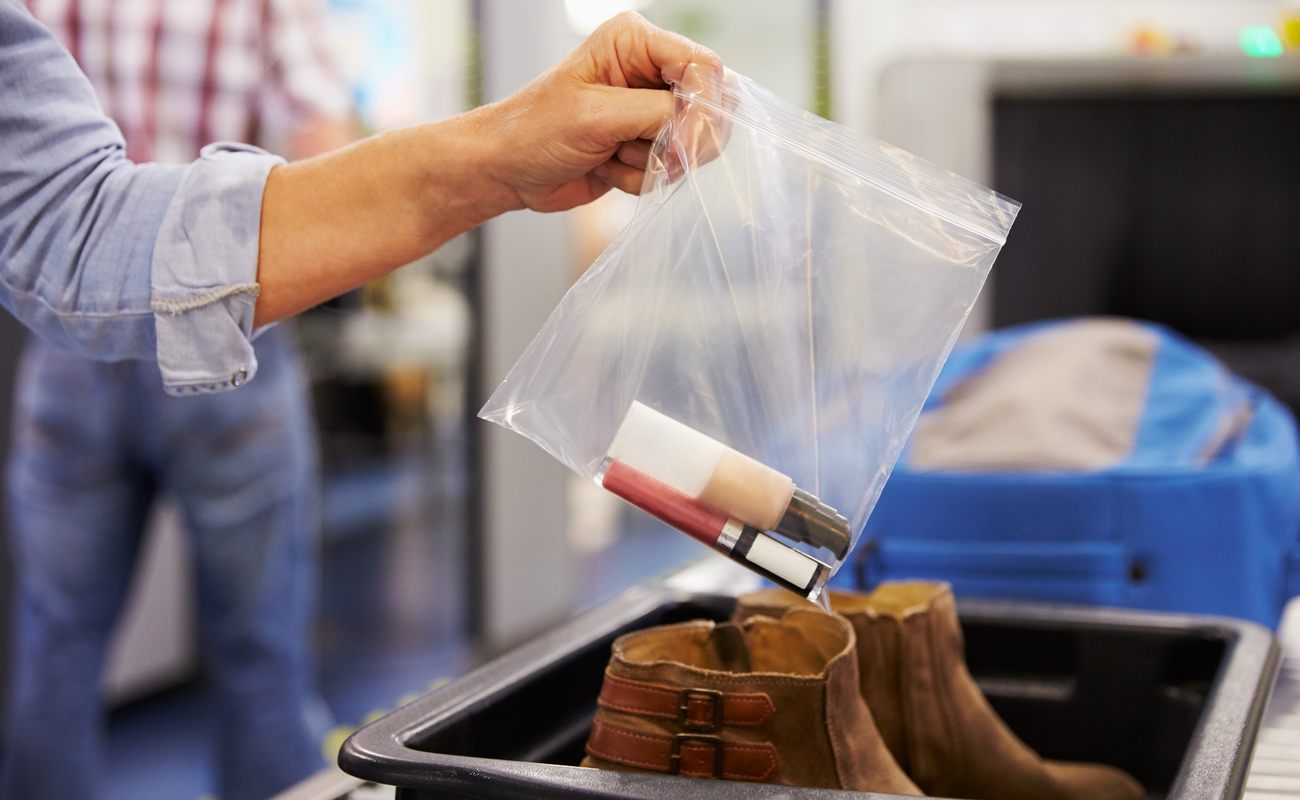 You are allowed to carry laptops on planes, though you need to remove it from the case and put it into a special security bin, unless it is kept in a bag that is checkpoint friendly.

You can take gifts and food on planes. However, although they are not prohibited as such, because security may need to screen your gift thorough, it’s best to keep it unwrapped. With food, the 3-1-1 rule applies to anything that could be considered a liquid, so salsa, liquor, spreads, dips, jelly, vinegar, oil, syrup, gravy, and sauces are all allowed in your carry-on luggage, if they are in containers smaller than 3.4oz.

What can I take on a plane in checked luggage?

Answer: Although security has tightened up on airline travel and the luggage you bring onboard, the truth is that the rules regarding what you can bring on a plane in the checked luggage are less strict than those for carry-on luggage. Although this is not an exhaustive list, some notable things you can take on checked luggage include:

What can I not bring on a plane?

Answer: As you’d imagine, there are some items you can’t take on a plane. Can you imagine how chaotic and frankly, dangerous, flying would be if we could just take whatever we wanted on a plane? The thing that confuses people often with regards to what you are not allowed to take on a plane, is that there are slightly different rules about what is restricted in carry-on bags that you are going to take with you to place under or over your seat, and what is restricted in checked luggage that is going in the hold.

You are not allowed to take sharp objects such as scissors with blades more than 4-inches long, swords, sabers, razor blades, meat cleavers, knives, ice picks, and box cutters. Sharp objects that are properly sheathed and wrapped are okay to take in your checked luggage.

You are not allowed to take firearms of any kind onto a plane in your carry-on bag. However, in your checked luggage destined for the hold, it’s a different matter completely, as firearms and guns are allowed. It’s also important to note that while guns and other firearms may be allowed in your checked luggage unloaded, gunpowder and flare guns are prohibited in both checked and carry-on luggage. Rules vary on ammunition in checked bags, so it’s best to check with the airline you are traveling with. 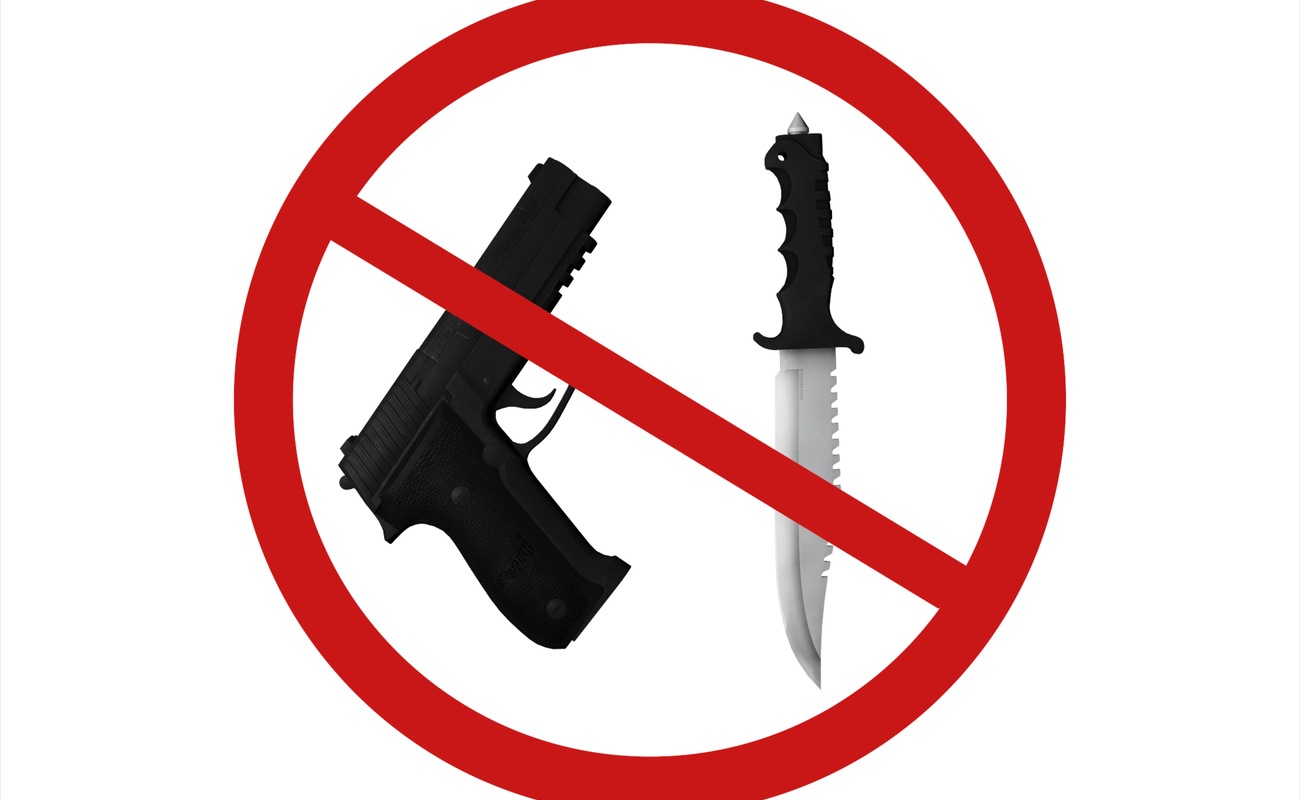 You are not allowed to take martial arts or self-defense items in your carry-on bags.

The majority of sports equipment is not allowed to be taken in your carry-on bags.

You are not allowed to take tools, such as wrenches and screwdrivers longer than 7-inches in carry-on bags.

In line with the 3-1-1 rule you are not allowed to take liquids more than 3.4oz that are not in quart-size plastic zip lock bags.

How many bags can you bring on a plane?

Answer: As with many things, it really depends on the airline you are traveling with and you should always check the information about bags, both carry-on and checked. Generally speaking, the rule of thumb is one carry-on item, one carry-on bag, and at least one checked piece of luggage per person. However, different airlines offer different allowances. For example, American Airlines allows passengers to take up to 10 pieces of checked luggage on a flight. Whereas others only allow a maximum or two or even just one bag per person, whether it is checked in or carry-on.

The price you can expect to pay for taking bags will vary too.

How many fluid ounces can you take on an airplane?

Answer: As noted elsewhere in this FAQs, you are required to follow the 3-1-1 rule. This means you are allowed to carry a bottle with 3.4ounces of liquid in it or less. It should be kept in a quart-sized plastic, transparent and zip-top bag. You are only allowed one bag per passenger. That is, if you want to take them in your carry-on luggage, you are allowed to take more on in checked luggage.
Source: https://www.dhs.gov/how-do-i/learn-what-i-can-bring-plane

How much money can you bring on a plane?

Answer: Interestingly, for domestic flights in the United States, there is no limit set regarding how much money you can bring on a plane. However, if you are travelling internationally to or from the US and will be carrying over $10,000, this needs to be declared in your customs form and you need to fill out a FinCEN 105. You will also be expected to answer questions about why you were carrying so much money.

How much alcohol can you bring on a plane?

Answer: Who doesn’t like to take a little alcohol to calm those nerves and help get into the flight. When it comes to traveling on planes with alcohol here in the US, it is more about the alcohol content of the drinks rather than the amount you are bringing. In line with FAA regulations, if you wish to take alcoholic drinks with an alcohol content of 24% or less by volume, like wine and beers for instance, for carry-on luggage the 3-1-1 rule applies. For checked luggage however, there is not a limit to how much you can take. 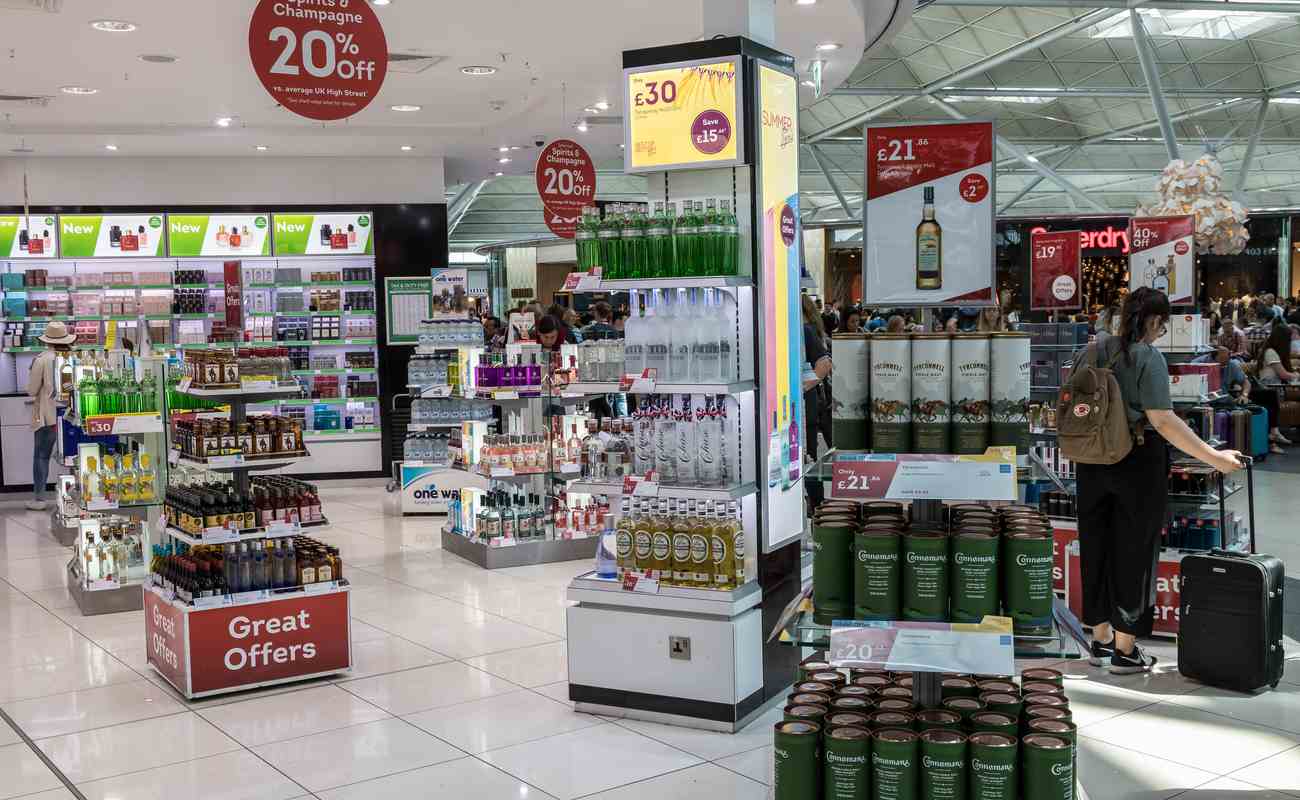 If you want to take drinks with an alcoholic content by volume of between 24 and 70%, the same rule applies for carry-on luggage, the 3-1-1 regulation. For checked luggage, you can take 5-liters. If it is in retail packaging that has not been opened.

You are not, however, allowed to take drinks with an alcohol content of more than 70% on an airplane in the USA.

How far in advance to buy plane tickets?

Answer: As we all like to get a bargain, especially on expensive purchases such as airline tickets, you have probably wondered the answer to the above question many times. There is really no limit to how much in advance you buy your plane tickets. As long as you know for sure you will be able to take the flights you book, it is always going to result in better deals if you buy tickets in advance.

How long you should buy them in advance is something that many people disagree about. The truth is, it really depends on the season. As a general rule of thumb, though, according to CheapAir.com, you should look to buy anything from 3-weeks to 4-months. For a more precise number, if you are buying flights during winter, 62 days is a good number, while for spring flights you should look to buy at least 90 days in advance. For summer it is around 47 days and 69 days for fall. 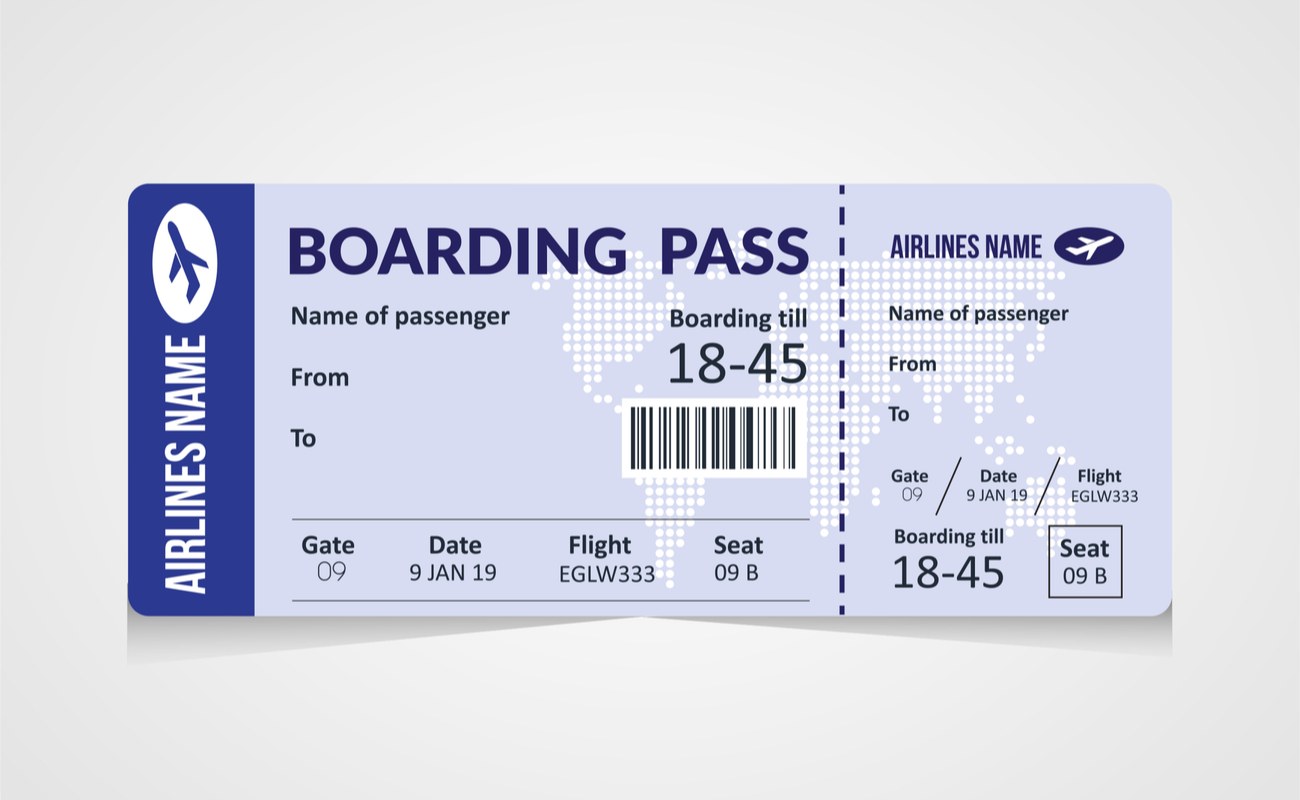 It’s important to remember that those numbers are gleaned from calculations consisting of averages, but they still offer a good estimate to work with.

When is the best time to buy plane tickets?

Answer: Following on from the above question, you may wonder if there are times that are better than others for buying plane tickets to secure better deals. According to Skyscanner, the travel site, and their look at historic flight data, they have figured out the best day of the week to buy plane tickets. Many people believe it is Tuesday and Wednesday for that, however, according to the site’s findings, this is not the case – it’s actually Sunday. And what is the best time to buy plane tickets, then? 5am. The best months to buy plane tickets are January, February and August for the cheapest deals.

Answer: Despite the amount of planning and preparation you put into a trip, incidents and situations can arise that may mean you can’t follow through on your travel plans. The good news is that yes, plane tickets are refundable, but it depends on several factors.

The majority of airlines offer you the choice, at the time of booking your flights, of whether you want non-refundable or refundable tickets.

However, even if you have not bought a refundable plane ticket, there are situations when you may still be entitled to a refund. This is normally due to the airline making a mistake in any of the following scenarios:

When is the cheapest time to buy plane tickets?

Answer: We’ve covered the answer to this question above, but it’s worth noting that this one of the most hotly contested questions concerning airline tickets. Some people maintain that Tuesdays, Wednesdays and Saturdays are the best times to buy tickets, with some claiming 3pm E.S.T. as a guaranteed time to get cheap deals. 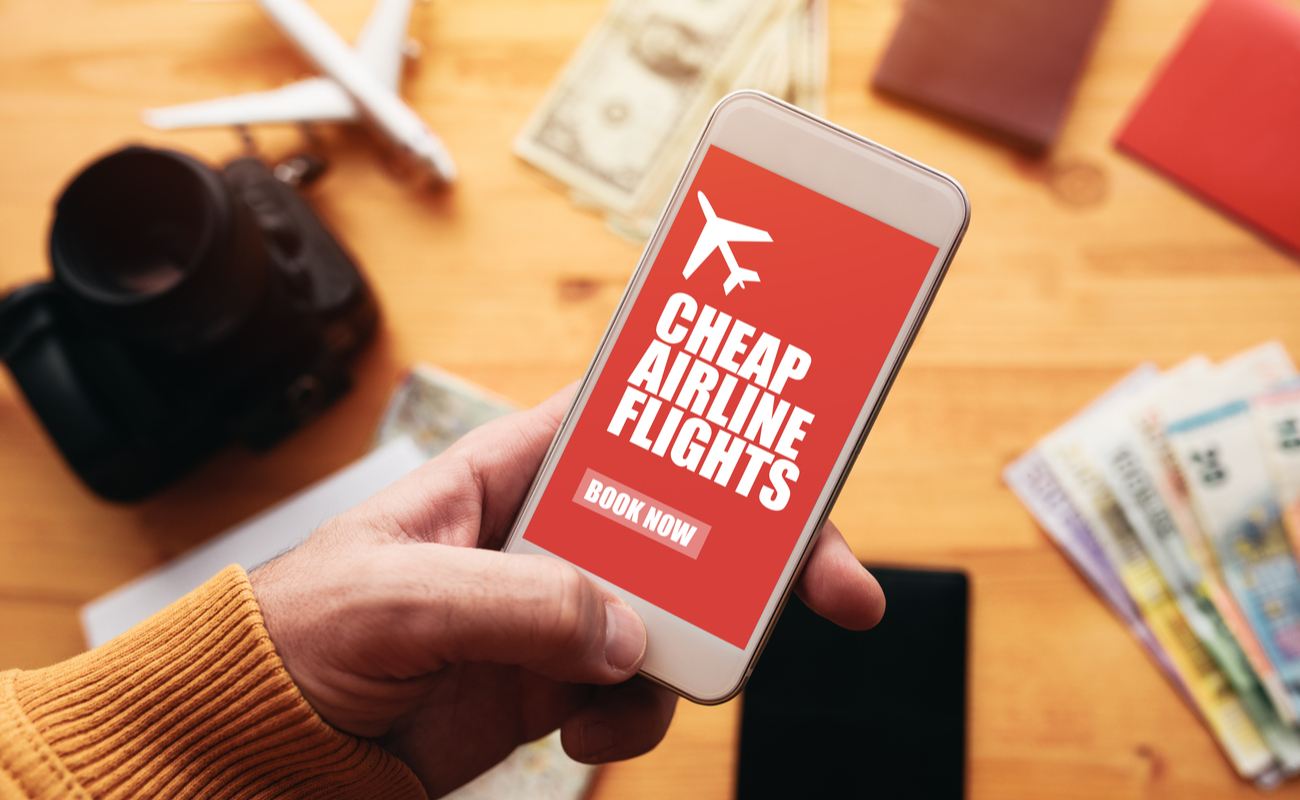 However, according to the same information used in questions further up, Sundays at 5am have been discovered to be a prime time to score those cheap airline flights.