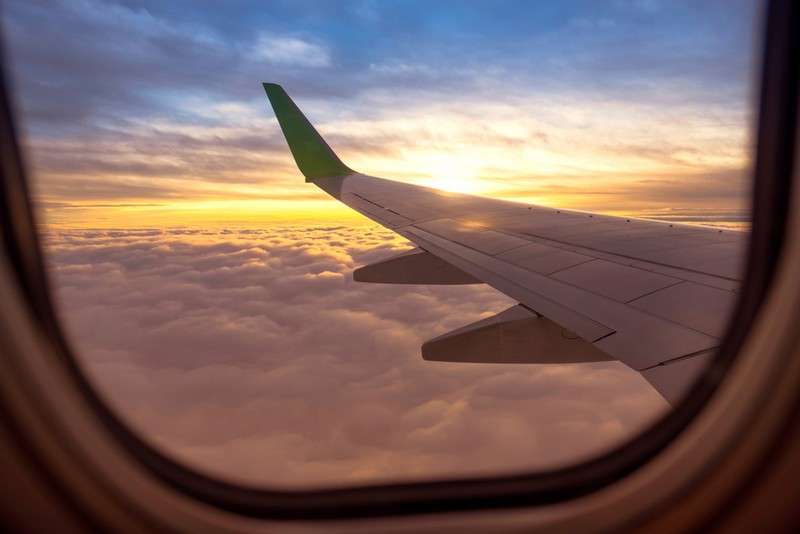 The net-zero promise of the aviation industry has always been aspirational. However, this period of downtime during the pandemic has heightened the reality of the damage that flight is doing to the planet. The clear skies and the alpine air have brought into clear relief the impact of aviation of the environment.

The Guardian newspaper called the pledge that the aviation industry could be carbon neutral by 2050 as “just the right side of plausible.” However, more ardent critics of the sector have called this a greenwash, a promise made to make it seem like those in the industry care but with no plans to do anything about it.

The high-minded promises of February might now hold the aviation sector a hostage to fortune. People see clearly now how planes impact our world and will now be fully committed to the elaborate promises.

At an event in London, bosses from airports, airlines and aircraft manufacturers gathered to sign a card pledging themselves to the Sustainable Aviation campaign. Despite more than 100 million more people travelling by air each year before the pandemic, they were signing up to a zero-carbon target. So, not only are they expected to be able to combat current levels of carbon but that they will be able to cope with the projected 70% more flights expected by 2050.

The promises these company leaders made demonstrates a faith in the future. There is a sense that future fuels and aircraft tech will make carbon a non-issue. It might be that the tech no longer emits carbon or that there is an endless capacity for humans to offset the carbon produced by flight. The sector has five major plans that they help will help them be carbon neutral in the next 30 years.

2.       Carbon pricing and the reduction in demand for flying

4.       Improved efficiency of aircraft and their engines

5.       Great efficiency in operations and use of airspace.

Are the promises realistic?

One solution, to produce more efficient aircraft technology is already emerging. There are aircrafts such as the Boeing 787 and the Airbus A350 that emit significantly less carbon than the jets they are replacing. These aeroplanes use much lighter materials and have more efficient engines. Routes operated by Boeing should see a 30% reduction in carbon emissions within a decade. By 2030, it is thought that there will be more efficient propulsion on all routes around the globe.

Beyond 2030, hopes are being pinned on new electric planes that might revolutionise regional flights and hybrid technology that would facilitate short-haul trips.

Another potential solution is the creation of synthetic and sustainable jet fuel.  The need for a different fuel is an acknowledgement that longer flights, such as those from London to Singapore, will never be achieved with an electrical engine. Therefore, sustainable fuel will be an essential component in the overall solution to carbon emissions.

The concept of sustainable fuel has been proven to be possible. However, the barrier is creating this fuel in volume. There are new schemes backed by British Airways, which hope to create jet fuel from household waste. Rolls-Royce has also been exploring the nuclear option – literally hoping to see if a small modular nuclear reactor could be used in a synthetic fuel plant and so making hydrocarbon-based fuels with fewer emissions. The hope is that innovation in the next 10 to 20 years will provide solutions that we do not yet have.

A third solution could be to improve routes, so that planes fly straighter. Managing the airspace above a country is complex and a lot of work needs to be done to make this use of space more efficient. Coordinating flights would make only a minor impact on the carbon neutrality of the aviation sector but it is significant enough to consider making the effort.

Finally, and probably the least likely to be embraced by the sector is an increase in the cost to fly. The more expensive the tickets the fewer people that could afford to fly. Low-cost airlines such as RyanAir work on bulk. They pack a plane to its fullest at the lowest price, making a profit by the number of people on board. This strategy would be destroyed by a carbon tax on tickets.  Yet, as sustainable fuels are more expensive, airlines might have no choice but to raise the price of tickets.  Consequently, the new fuels will have the dual impact of reducing emissions each time planes fly and reducing the demand for air travel.

Survive and meet the target

Therefore, the aviation industry faces a significant challenge. Not only do they need to survive a global recession, work out how to manage a flight and the COVID-19 guidance, coax a nervous customer back into the air – but they also have to develop the technology that will help them defend the environment. They need to push innovation. If they do not find the right technologies, they will need to find a way to counter a backlash to flying. They will need to promote the essential role the aviation sector plays in our lives, connecting the world and sustaining vital supply chains.

It is clear that the next 10 years will define the future of the sector. With so many challenges, there is a significant need for thought leaders to map out a route to success in the face of existential threats.