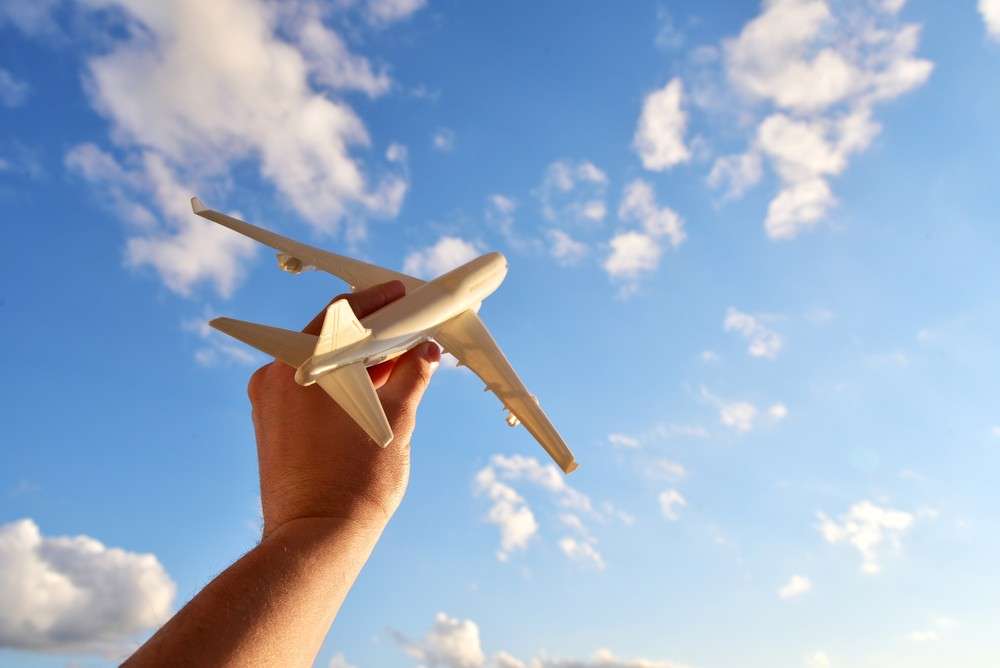 Have you ever wondered how people went to the toilet on an airplane when there was no bathroom? Just ask a fighter pilot what happens when they are a long mission or a bomber pilot from the war. Now we have tempted you with this question you have never thought to ask before, let’s explore some other fun and completely useless facts about flying.

What navigation lights do airplanes use?

Well here is something you probably should know if flying a plane low over water  aircrafts share the same lights as water vessels when navigating. Whether it is a fishing boat to a container ship to a jumbo jet, they all have a red light on the port side and a green light to the starboard – or on the right wind of the plane.

If you struggle to tell a boat from a plane, you can look for the white flashing light that lets you know that the aircraft is on the move.

When did we start flying commercially?

What is the shortest transatlantic flight time?

The record for the shortest flight across the Atlantic was set by Concorde in 1983. The supersonic aircraft managed the journey in just 2 hours and 56 minutes, over two hours quicker than a standard plane.

What is the busiest route in the world?

Travelling from Seoul to Jeju was the busiest route on the planet before the COVID-19 pandemic and will likely be once more. In 2018, there were over 250 connections on the route that is 449 km long. The flights carried over 14 million passengers each year. You were able to get on a flight between the two airports every 15 minutes.

When was it the busiest day to try to catch that flight?

Well, on July 24th there were more than 225000 flights in 24 hours. It might have been a bit crowded at those airports.

How busy is the electrician?

There is a lot of wiring on a plane. In fact, the Boeing 747 has more than 150 miles of wires inside the plane. If you are wondering if this is far, it is longer than  the distance between Birmingham and London. But this is not the longest wiring. An Airbus A380 has more than 320 miles of wires – which is the distance between Leicester and Glasgow.

Why are the windows round?

If you thought the round windows were just for the pretty, you would be wrong. Square windows with sharp corners are not so good when the plane was crashing – back in the day when planes crashed a lot. We have continued to use round windows because they are better suited to take the continual changes in pressure – which feels a more reassuring answer to this question.

And what about the fastest airplane in the world?

THe Lockhead SR-17 Blackbird holds the records for the fastest manned jet aircraft. You might have thought Concorde would have swooped up this prize but it is a record held since 1976 by this military spy plane. It can travel nearly 2200 miles per hour. The belief was that the plane could optpace missiles, which is useful when you spy on a hostile country, as they tend not to like it too much.

What plane managed the first flight around the world?

There was a time when a transatlantic flight was considered good work by all involved. But then time and innovations progressed and the target was a round the world flight. In 1986 the first plane, a light weight aircraft with 17 fuel tanks – made it around the world without stopping. It took off on 14th December and took 9 days to do the trip. Such was the achievement, the pilot and the plane designer were awarded the coveted Collier Trophy – a must win prize for aviation experts.

How long will the oxygen keep flowing?

Ok, brace yourself. There is only 15 minutes of oxygen available from those masks. However, when they are dispensed, the pilot is trained to take the plane down to an altitude where the outside air pressure is free to breathe – which is about 3000 metres.

Where are the most germs on a plane?

Well, again, brace yourself. The dirtiest place on an airplane is the seat table… yep, not the toilet, which is regularly disinfected. The place where you will find more than eight times the bacteria that on a toilet flush is the place you eat your airline food. Bon appetit.

If I flew between London and Singapore in the 1930s, how long would it take?

If you flew from London and Singapore today it would take about 12 hours. However, the same flight in 1930 would take about 8 days with 22 stopovers for plane refueling. You’d get to see a little of Athens, Baghdad, Bangkok, Calcutta… and most of the rest of the alphabet too, it seems.

What about plane food?

If you want the best food – go with Lufthansa. They purchased more caviar than any company on earth. If you are lucky to fly first or business class, then you will get through 10 tonnes a year.

When did the first plane make the transatlantic flight?

In 1919 the US Navy took the record for the first flight to cross the Atlantic ocean. The flight took 24 days and had five legs to it. There were stopovers in Nova Scotia, the Azores, Lisbon and Plymouth. It wasn’t until 1927 that Charles Linbergh managed the trip nonstop.

And the bathrooms thing?

Well, since 1930w there has been a lot of work on toilets on planes. If you asked those pilots they would have told you that you had to pee in your shoe or through a hole in the floor of the plane. However,  in the 1930s the RAF the first airplane was fitted with a toilet – though it would open directly to the air – so, you know – watch out below!